A verdict was reached in the controversial 5Pointz graffiti building. As much as the owner has the right to make a living, the judge stated that had he waited til he got the permits and communicated with the artists to whitewash the building, this could have been averted. Artists and developers should take heed: if you want to uplift a building or area with art, and artists are willing to do it, just be clear with eachother before the project(s) begin about expectations. The artists should know beforehand that it's finite until re-development begins, and that they'll be notified in a timely manner to allow for photos and documentation. The artists need to be clear about that, perhaps get something in writing about a timeframe before demo. Both can benefit from a situation like this, and both can avoid legal hassles, heartache and disappointment.
https://hyperallergic.com/426658/judge-rules-developer-must-pay-5pointz-graffiti-artists-6-7m/ 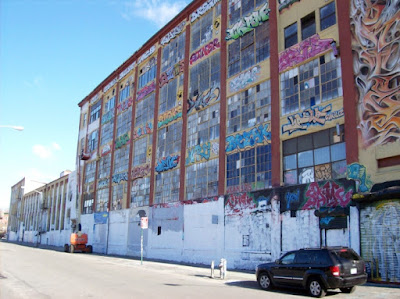