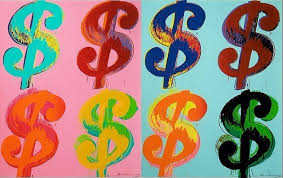 I kinda hate the term "starving artist." I mean, I get it, but as a label it's just cliché pigeon-holing. "Struggling artist" makes more sense. Google "starvation" and look at the images, you won't see artists w swollen bellies and skeletal frames. We choose to do this and make the sacrifices necessary to make art. It's part of it. We might feel compelled to do it, but no one is forcing us into this lifestyle; we want to do it.

Another chart shows # of artists per million of major cities, Miami was #1 and New York was 9. But here's a quote:
"Be that as it many, the Artfinder city ranking is a bit misleading. Miami may have three times as many artists per capita as New York, but New York (population 8.5 million) is also 19.5 times as large as Miami (population 440,000). In raw numbers, the Artfinder survey would suggest that New York has about 1,600 working artists very close to official numbers. Miami would have 250."

Here's a link  to the article: