One of the most brutal reviews I remember reading was from Time magazine ripping David Salle's (then new) show. Robert Hughes eviscerated him, as he often did with most 80s art stars, also focusing his arrows on Julian Schnabel and his ilk.

I like some of Salle's early work. At the same time, I was surprised how big he was in the art world because of the obvious weaknesses in his work, especially when he paints his photo-referenced imagery. I felt bad for him after that review, but at the same time it was kinda legit. Clearly, Hughes was looking to take him down a peg or two...or three.

So I'm gallery hopping on a way-too-hot-to-be-gallery-hopping day when I passed the Skarstedt Gallery that had a new Salle show. Now here on The Gallery Guy blog, I write about shows I like or find interesting. If I dislike a show or think the work is weak, I generally will write about something else. That's how I do this blog, there's puh-lenty of reviewers out there who are all too ready to attack with their snarky-knives at the forefront. With that said, I'll segue into a rare not so nice blog post. 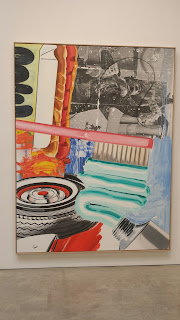 Salle, now 62, is doing a tribute to 50's/60s pop and commerce with "The Late Product Paintings"  and clearly channeling James Rosenquist in a big way. What got me was the press release. Of course, pr is about hyping the product but this was really ripe: "Among painters, Salle has long been acknowledged as a sophisticated and daring colorist; in these new pictures he uses as many as three distinct color palettes in the same painting, making them coalesce into shimmering, vibrant, and luminous fields." Wait, what? Touting that he's using three color palettes, is a bit lipstick-on-the-pig-ish IMHO. Ouch, but there it is. And not that this is relevant, but I've never heard anyone tout him as a "sophisticated and daring colorist."

Salle's work is stream-of-consciousness and meandering, often mixing styles, mediums and found objects in that mode. I think it's fair to say that working that way is a bit ballsy, but it is subject to hits and misses.

Here's what gets me in the piece below: the big yellow telephone. If you're going to copy an advertising line illustration, fine. If you want to do a loose, sketchy drawing or "naive" type image of one, fine. If you're going to do a realistic photo referenced image of a phone - fine! But this comes off as a painter who wanted to do a realistic phone, but it looks more like something from a talented high school student-yes, it's an old phone, some nice things about it, but the proportions and angles are just a bit off - which is fine for a talented high school student. I'm not only amazed that he didn't see it, but no one told him, "Hey, what are you going for with the phone? It's neither here nor there - tighten it up or loosen it up, right now it's in the middle doing nothing." Maybe I'm making much ado about nothing, but it just irks me. 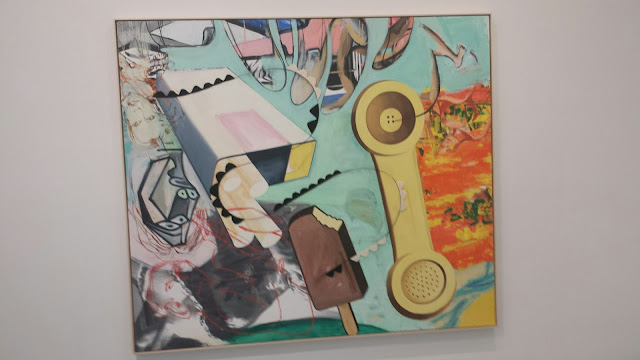 In her NY Times review, Roberta Smith puzzlingly ends it with, "The eyes boggle, the mind follows suit, and a kind of delirium ensues." Here are some shots from the exhibit, let me know if they make you delirious. And if they do, delirious in what way?? 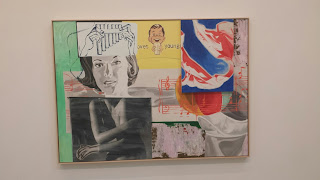 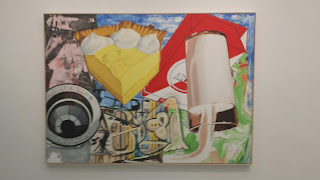 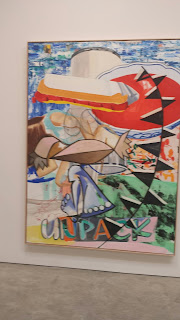