A visit to MoMA: 1) Matisse and 2) The Forever Now: Contemporary Painting in an Atemporal World

Made it to MoMA on a non-freezing cold day to catch the soon-departing Matisse show. No cameras allowed, but if you aren't already quite familiar with his cut paper/collage work, it's easy enough to find. The best part of this show was seeing the originals with the pins holding bits and pieces of paper where Matisse was trying to get just the right shape, line or form. A video showed him at work with assistants attaching the paper, but this was before pushpins so they used a hammer and small nails. The volume of work was another pleasure of this expansive show. MoMA recreated his swimming pool piece, there was the Jazz book, and a room dedicated to the Chapel of the Rosary in Vence, France. And color. So much color! One of the things that hits you is the stark contrast of hue and value in his compositions - black over orange, yellow over green, or white over deep magenta.
Loved seeing his iconic 4x8' Icarus piece, the aforementioned Swimming Pool from 1952, Blue Nude with Green Stockings (1952) and the "Christmas Eve" stained glass window study and finished piece, also from 1952. The show ends with an impressive finale, "Large Decoration with Masks" from 1953. As I sat looking at it, a friendly older woman next to me said to the gent on her left, "Makes ya wanna go buy a pair of scissors!" to which he replied with a wry smile, "I know better."
Indeed. To the average person, I'm sure many think this work looks easy to do. But what that man was saying in his succinct reply, is it takes alot more than scissors and paper to do what Matisse did.

The Forever Now: Contemporary Painting in an Atemporal World

Next to the Matisse show was an exhibit of modern abstract work, mostly painting. It was interesting to see current abstract work at MoMA in a group show without work from the 50s/60s. One of the aims of this show was to show how current abstractionists not only have their predecessors to draw from, but the inundation of information and imagery at our fingertips in this technological age factor in greatly, too - two elements those 50s/60s pioneers didn't have.
Below are some photos and following is the statement from the show. It features work by Richard Aldrich, Joe Bradley, Kerstin Brätsch, Matt Connors, Michaela Eichwald, Nicole Eisenman, Mark Grotjahn, Charline von Heyl, Rashid Johnson, Julie Mehretu, Dianna Molzan, Oscar Murillo, Laura Owens, Amy Sillman, Josh Smith, Mary Weatherford, and Michael Williams. The show runs Dec 14, 2014 - April 5, 2015. 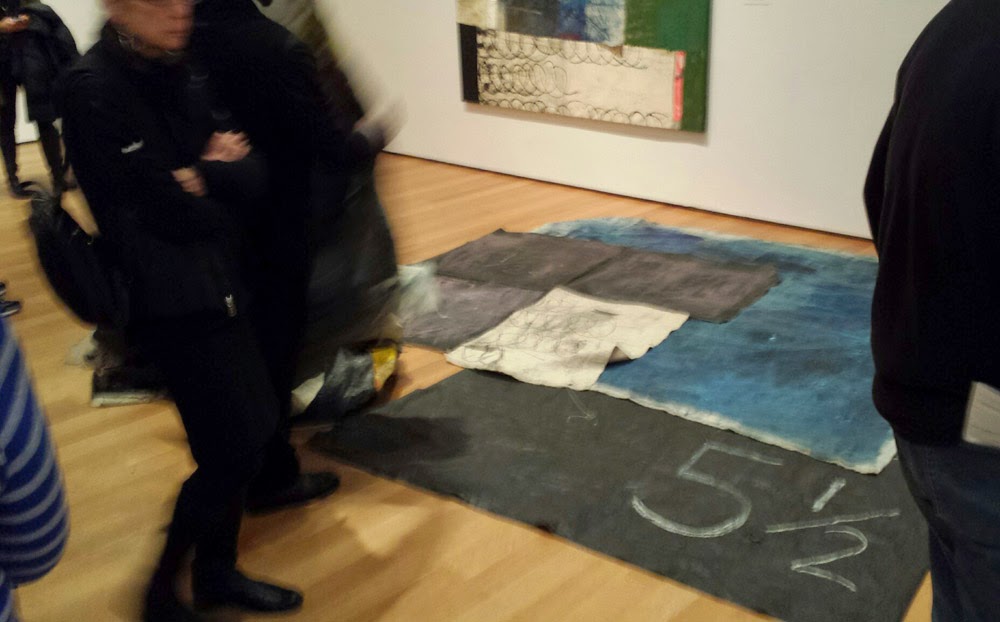 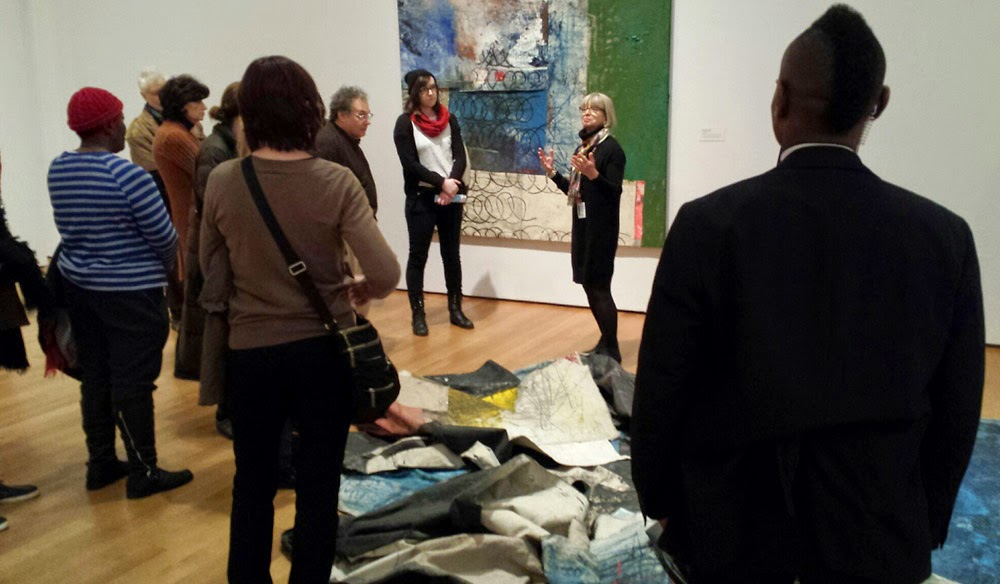 Forever Now presents the work of 17 artists whose paintings reflect a singular approach that characterizes our cultural moment at the beginning of this new millennium: they refuse to allow us to define or even meter our time by them. This phenomenon in culture was first identified by the science fiction writer William Gibson, who used the term “a-temporality” to describe a cultural product of our moment that paradoxically doesn’t represent, through style, through content, or through medium, the time from which it comes. A-temporality, or timelessness, manifests itself in painting as an ahistorical free-for-all, where contemporaneity as an indicator of new form is nowhere to be found, and all eras coexist. This profligate mixing of past styles and genres can be identified as a kind of hallmark for our moment in painting, with artists achieving it by reanimating historical styles or recreating a contemporary version of them, sampling motifs from across the timeline of 20th-century art in a single painting or across an oeuvre, or radically paring their language down to the most archetypal forms.
The artists in this exhibition represent a wide variety of styles and impulses, but all use the painted surface as a platform, map, or metaphoric screen on which genres intermingle, morph, and collide. Their work represents traditional painting, in the sense that each artist engages with painting’s traditions, testing and ultimately reshaping historical strategies like appropriation and bricolage and reframing more metaphysical, high-stakes questions surrounding notions of originality, subjectivity, and spiritual transcendence.