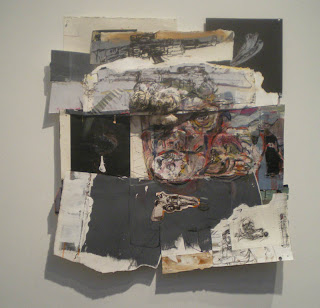 Judy Glantzman's startling new body of work at the Betty Cuningham Gallery in NY came after seeing Pablo Picasso’s Guernica, which she visited for the first time three years ago. Her work shifted  from "her typical introspective self-portraits" to a broader examination of war and its impact.


From the artist's statement"


“All of my work is like a flashlight on the dark underbelly that exists under the surface of polite society.  The United States is engaged in wars without any impact on our daily life.  My work always had the macabre, and I wanted to marinate in my natural impulse, no holds barred.  I felt that I understood the language of the psychological self-portrait and I wanted to try to invent a new language for myself.”

“I approached the work with collage. What did one image look like next to an entirely different image: one might be made from observation- an image of something that symbolized war and death- a skull, other bones, guns. I tried, in a series of small canvas mounted with paper, various motifs like a mourner over a coffin.  The hope was that, in combination, the pieces would yield greater meaning than the individual parts, that, as an artist, I was creating the stage with room for the viewer to locate his/her own associations.” 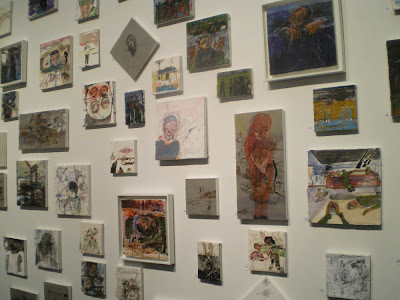 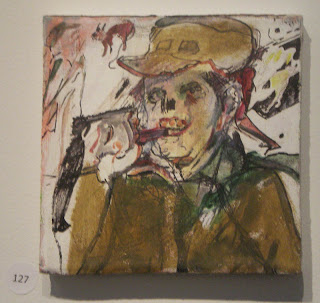 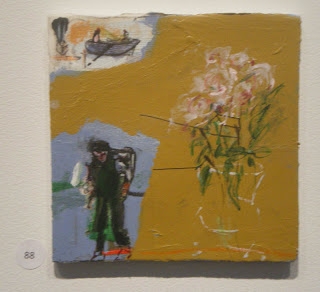 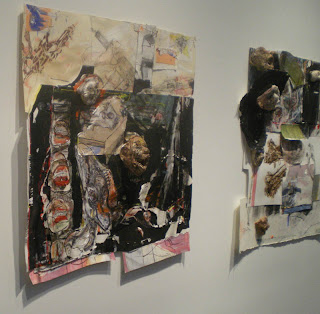