Last year, I had a tough time with the work at the Independent Art Fair. Chalking it up to art fatigue, I vowed to get there early and fresh this year with a clear, open mind. 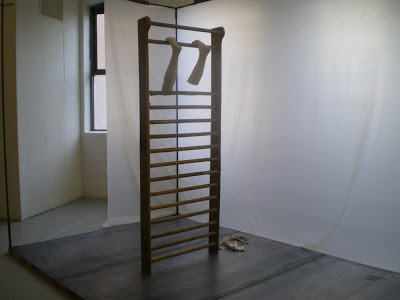 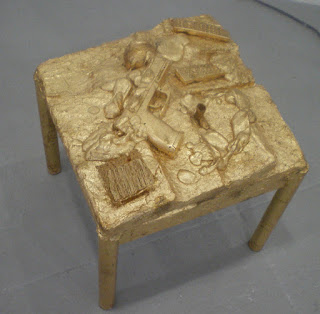 The most avant-garde of the NY art fairs, it's not "easy." In talking with gallerists at other fairs (since they're stuck at their own booth, I'm frequently asked, "What about the other fairs?" by them) they said that most people described the Independent as "difficult." Not necessarily a putdown, more that the work was challenging, at times baffling, and other times feeling like a Candid Camera set-up (OK, that's a dated reference, so how about: "and other  times feeling like Ashton Kutcher was going to jump out and tell me I just got Punked!") 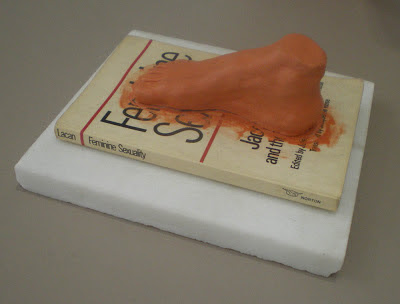 In what ways? Quite a bit of the work was referential and needed a backstory, which brings up the question, "Is it a positive to make the viewer have to work that hard and/or to know the back story to appreciate the art?" Discuss amongst yourselves. Another example: there was a small box, like 8x8x10, hanging on a wall. I believe it was a speaker, painted all black, either parts of it melted or material poured on top. A silent speaker? Symbolic? and if so, symbolic enough to be substantial, or something one might see in an art college freshman 3D class? if so, does it merit being displayed on a wall at a major art fair? This was a common theme in conversations about this show: attendees I spoke to seemed hesitant (embarassed?) to be too hard on this show with fear of sounding like an ignorant barbarian - that they weren't educated enough or savvy enough or hip enough. Despite all that, there were several intriguing and yes, difficult to comprehend but stimulating pieces at Independent. 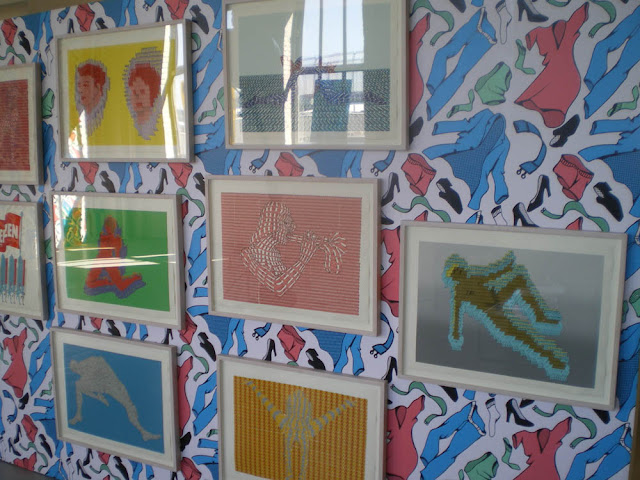 Above: Gavin Brown's Enterprise presented this wall of digitized manipulated sexual imagery by Thomas Bayrle. Note the wallpaper, a cascade of clothing flying through the air as if tossed off by an eager couple about to get it on! 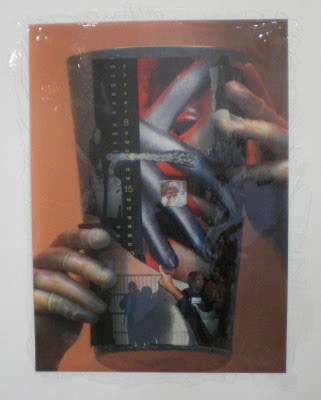 It may be a bit difficult to see in this photo (left), but this series of works by Lucie Stahl were layered and intriguing. The photo is lined with flat pieces of broken glass and the cup in each piece was collaged with imagery on its theme. This is "Long Distance Relationships." 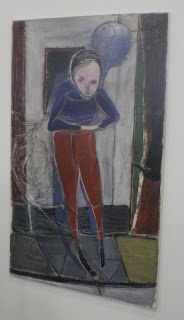 There wasn't alot of figurative painting here, but Waldemar Zimbelmann (right) brought it on at Meyer Reigger Gallery (the gold table at the top of this post was also at this gallery).

This piece above is timely with all the horrible news about Monsanto and GMO (genetically modifed) corn.
The Independent Art Fair should definitely be a stop on your list if you're going to the New York art fairs next year. An exciting and challenging show - go with some friends and it's a lock to generate stimulating conversation.
Posted by Joe Borzotta at 5:05 PM