Started the morning at PULSE which had an excellent outdoor brunch preview event on a beautiful day - cheers, Pulse folks! Well fed, we entered the venue and the first work that caught my eye were these graffiti pieces by Laura Ortiz Vega at La Estacion Arte Contemporaneo from Mexico. At first glance they appear to be typical paint/spray paint graffiti, but interesting in that they're actually thread and bees wax on board. Yet another entry into the cool work being done with embroidery.

David B. Smith Gallery from Denver, CO presented a few large pieces by Laura Ball. Below are one of her water media on paper works, a surreal elephantine creature in a jungle surrounded by animals. Is this an attack on a non-conformist being, or a joyous celebration of nature's life cycle and co-dependence? 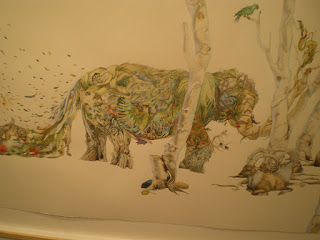 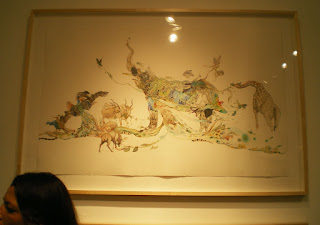 Casey Neistat had a playful booth of his videos set up like someone's parents' basement with couches, a make-shift bar, hanging plants, etc. His statement and text on the fridge reflect the offbeat silliness of this booth.
Click on photos to enlarge so you can read the text. 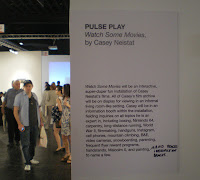 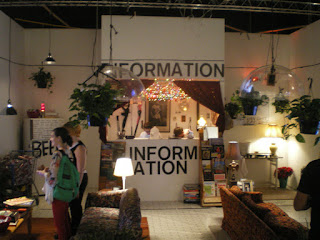 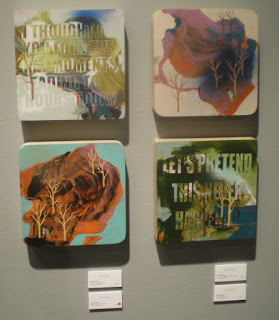 LeBasse Projects from Culver City, CA had new paintings by Seanna Hong. This animator/fine artist gained notoriety for her earlier pieces with small children, bears and forests and last year began adding text to them. She felt energized by this new addition to her visuals and ran with it. Left are four of these new pieces with text, 8x8", and the words are from personal relationships, often between the artist and her daughter. 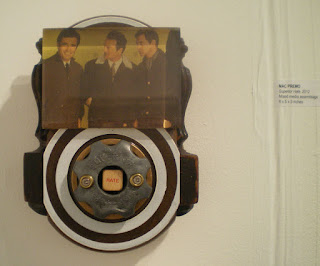 PULSE felt a lot less self-conscious than Art Basel. The abstract work had a tangible energy and vitality here. There was (as in most of the other fairs) quite a bit of "assembled" work, art that was about process using repetition and/or small, delicate materials like pins, and weaving using fabrics, papers or plastics.

A few notes about AQUA at the Aqua Hotel. Very difficult to get shots of the art due to the large crowds at the preview. In the courtyard was a live jam band, drinks were flowing, and lots of schmoozing and networking throughout. I suggest going to the AQUA site for images. There was variety galore here in terms of media, style, and well, quality, but enthusiasm was definitely not lacking. There was installation, illustration, pop, assemblage, photography, all the earmarks of every show in Miami and this one seemed to have a youthful (and in many cases, still developing) vibe about it. 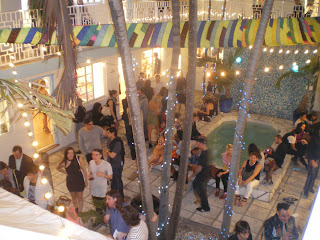 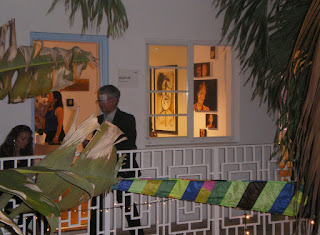 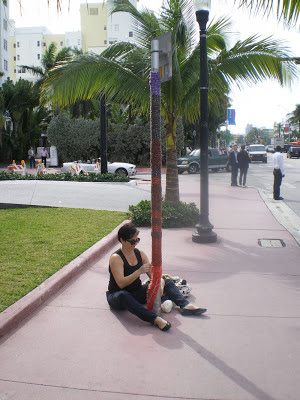 That morning in South Beach I noticed a woman wrapping a street sign in yarn and had to inquire. Melissa Maddonni Haims, a Philadelphia based fiber artist was constructing one of her "yarn bombs." She was also exhibiting at the SELECT fair at the Catalina Hotel where she did another yarn installation on the second floor balcony of the lobby with the Collect 5 collective from Chicago. 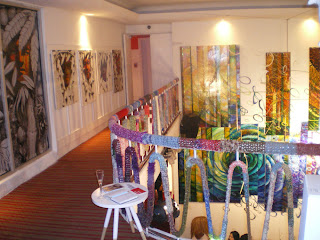 Problems downloading their images, but Alessandra De La Cruz and Kennedy Yanko had mixed media works in their room. They came here from Brooklyn via a fundraising effort in Indiegogo!
The Sohotel Artspace displayed mixed media works by another Brooklynite, John De La O.
There's a growing number of artists creating work similar to this (pioneered in part by Greg Gossel of Shooting Gallery), a collage of layered images mixing cartoons, ads, text, logos, famous portraits, graffitti and street elements assembled using painting and silk screen as well. De La O's work has many of the aforementioned and explores "consumption, sexuality, the media and pop culture in general." 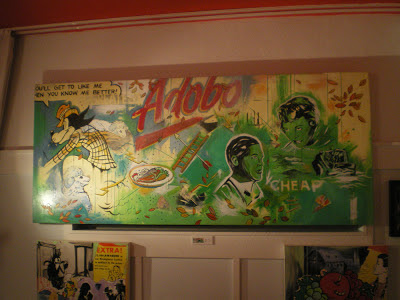 More posts to come: NADA, Fountain, etc.
Posted by Joe Borzotta at 10:42 AM